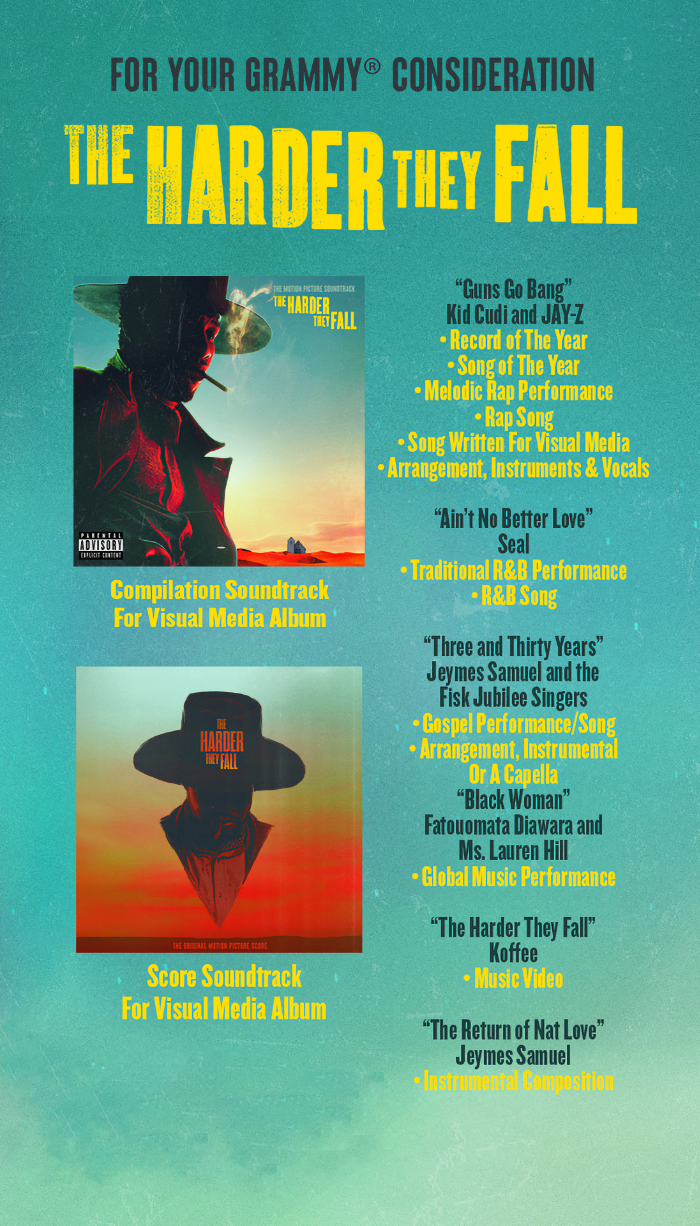 “The Harder They Fall Soundtrack is so good because it was written into the script”
Decider.com

“If a soundtrack boasts new music from both JAY-Z and Ms. Lauryn Hill,
that is a soundtrack worth paying attention to.”
Billboard

“Genre-spanning score…took in the whole African diaspora, from
Cape Verde to Jamaica, from Mali to Brooklyn, from London to South Africa”
The Hollywood Reporter