PRODUCER OF THE YEAR

•
“Heaven Is Here”/“Cassandra”
(Florence + The Machine)

“He’s had a hell of a year.”
Rolling Stone
“Pop’s new secret weapon…One of the most quietly omnipresent forces
on the popular music scene in the past year.”

“Kid Harpoon has built the kind of career
many pop producers only dream of.”

“Tom is easily my favorite collaborator…he has the uncanny ability to identify the thing that an artist is best at and help draw it out of them. He helps artists play to their strengths. He makes me feel like the biggest version of myself. All the vulnerability, no holding back.”

“Harpoon helps an artist evolve. He plays such an integral role
in the creation of a body of work.”
Jody Gerson, UMPG chairman/CEO 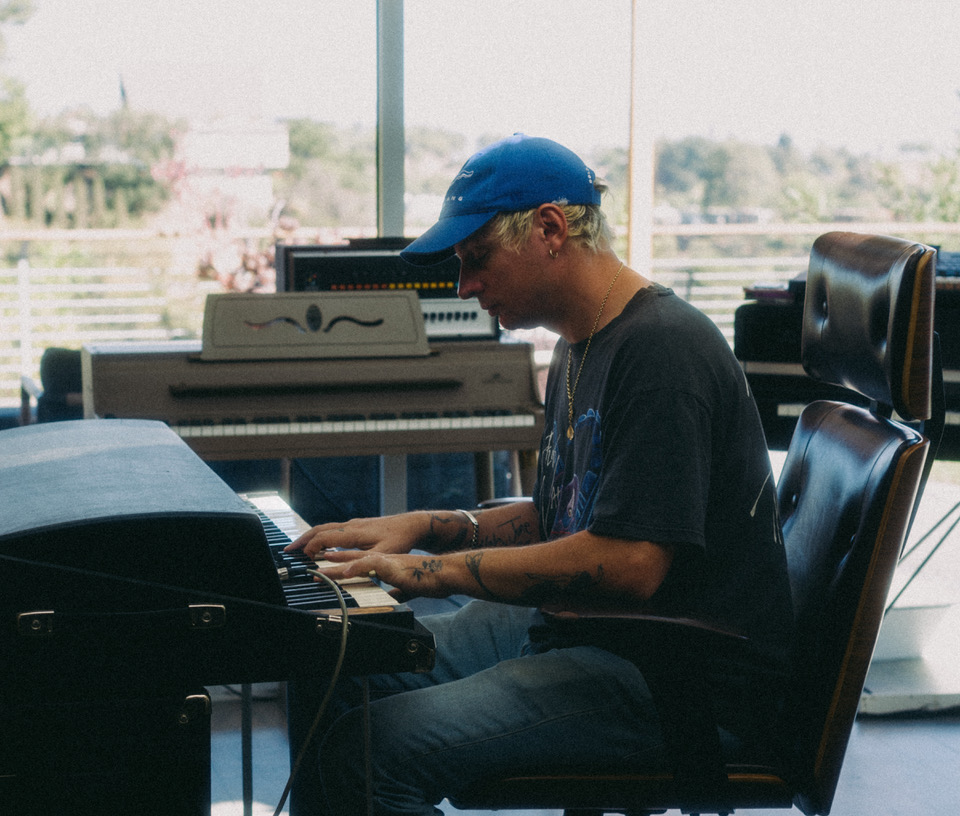 “The best people are the best not because anyone else did it for them. They made all those decisions, and my style as a producer in helping someone do their thing is trying to create an environment where they can make decisions.”
Kid Harpoon
Starting his career as a fixture at local venues in his hometown of Chatham, England in early 2006, Kid Harpoon is no stranger to the industry. After putting out a few albums of his own to critical acclaim, he began working with other artists to make their visions come to life. A multi-hyphenate who can do it all – producer, songwriter, instrumentalist, the list goes on – he caught the eyes and ears of many industry giants. Now, his credits include Harry Styles, Florence and the Machine, Shawn Mendes, and Maggie Rogers, though you’ll never hear it out of his mouth – he likes to leave the talking to the artists and the music.