‘I still feel connected to her’: Dionne Bromfield takes to the stage to pay tribute to late godmother Amy Winehouse… on what would have been her 30th birthday.

She was just 27 when she tragically passed away at her Camden home after binging on alcohol.

And on what would have been Amy Winehouse’s 30th birthday, her talented goddaughter – Dionne Bromfield – has paid tribute to the late star, explaining she still feels a close ‘connection’ to Amy from beyond the grave.

The 17-year-old singer was one of a number of stars to take the stage at London’s Gilgamesh venue on Friday night in a fundraising event for the Amy Winehouse Foundation on what would have been the Back To Black hitmaker’s milestone birthday. 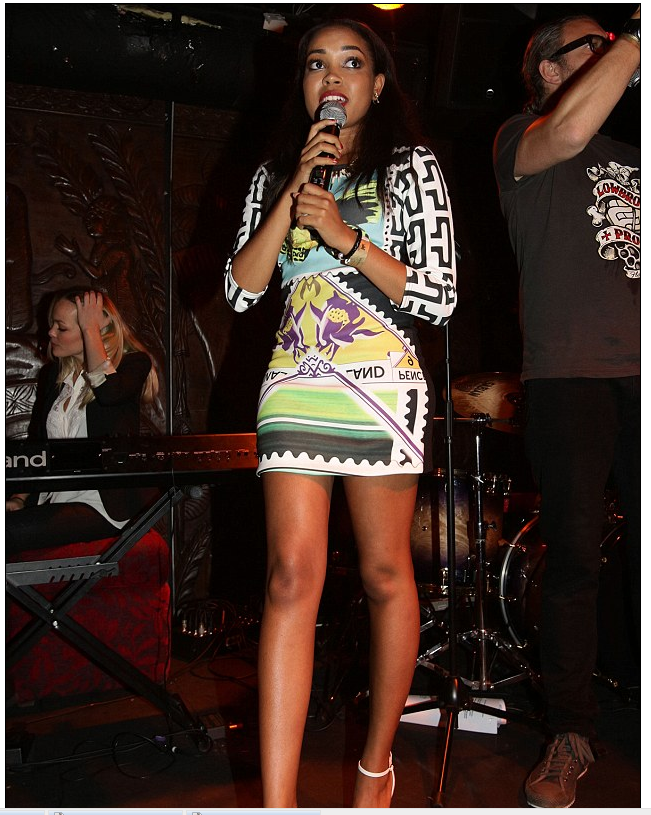 Tribute: On what would have been Amy Winehouse’s 30th birthday, her talented godddaughter – Dionne Bromfield – has paid tribute to the late star, explaining she still feels a close ‘connection’ to Amy from beyond the grave

But after Amy’s tragic death in July 2011, Dionne admitted there are moments when she’s sure her former mentor is still watching over her.

In an interview with the Daily Star newspaper, she said: ‘I still feel connected to Amy. When you lose somebody, no matter what, they’re always going to be with you.

‘You might not physically be able to see them, but they will be there. I’m very superstitious, so when things happen, I think, “Hang on, that was meant to happen for a reason” or “Oh my God, is that Amy?”

Tragic: Amy was found dead at her Camden home in the early hours of July 23 2011, with a postmortem examination later revealing the tragic star had died as a result of alcohol intoxication

‘Or even dreams. I’ve had dreams so close to reality you kind of think, “Was she there for that second?” It was like having an older sister.’

Dionne was joined at the star-studded event on Friday night by the likes of TV presenter Mica Paris and Channel 4 newsreader, Jon Snow, who took to the stage to voice Blur’s iconic hit, Parklife.

Amy’s former partner Reg Traviss, who she was dating at the time of her death, and her doting father Mitch Winehouse were also in attendance at the commemorative event.