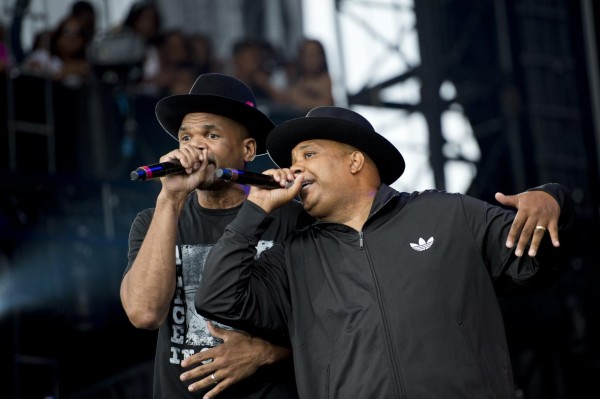 For the first time in over a decade, Run and DMC reunited on stage as Run DMC to perform at day two of the Made In America festival in Philadelphia. So while there will be plenty of re-posting of other artist’s stage appearances, the Tougher Than Leather two’s set is the one that matters most.

Decked in adidas garb, they rocked together for 40 minutes with Rev. Run snatching off the clerical collar to join DMC and special guest DJs, Jason Mizell Jr. and TJ Mizell, sons of the late Jam Master Jay. And they did it while performing under a banner that read “Jam Master Jay Forever.” Indeed.