THE MAN WITH THE IRON FISTS
SOUNDTRACK DEBUTED AT #1 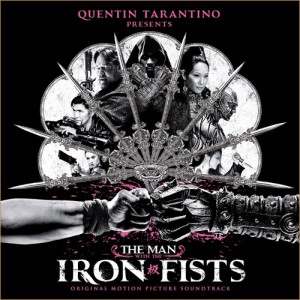 (New York, NY) –The Man With The Iron Fists (Soul Temple Records) entered the Billboard Charts this past week with a #1 Soundtrack, #5 on the R&B/Hip Hop Chart, #7 Independent Album, #15 Digital Album and #31 on the Billboard 200 Chart. This soundtrack is the debut release from Soul Temple Records, a company whose mission is to release quality alternative/urban music, with soulful essence and independent spirit, engaging multiple elements of the creative community.

While critics from the New York Times to USA Weekly continue to applaud the project, Bob Perry (Soul Temple Records’ GM) credits the label’s success with this soundtrack to the combination of great music with a successful marketing campaign that capitalized on the new film. “With the film, RZA has created a universe full of amazing, colorful characters. Our aim with the soundtrack album was to create the audio extension of that world. The musical textures and songs’ topics are all related to the films’ DNA. I feel that the album is resonating with fans because we stuck with that principal.” Perry added, “Alongside our efforts on the creative side, the marketing team at RED Music did an amazing job of creating awareness for the album.”

SPIN Magazine says the album is a “rare set of movie-inspired music that’s actually worth paying attention to,” while Entertainment Weekly declares, “the soundtrack is pretty badass.”

RZA acted as executive producer for both the soundtrack and score along with Quentin Tarantino and others. RZA also enlisted The Wu-Tang Clan, Kanye West, Pusha T, Corinne Bailey Rae, Pharoahe Monch, The Revelations feat. Tre Williams and more for the soundtrack.

Quentin Tarantino presents The Man With The Iron Fists, an action-adventure inspired by kung-fu classics as interpreted by his longtime collaborators RZA and Eli Roth. Making his debut as a big-screen director, co-writer and leading man, RZA—alongside an exciting international cast led by Russell Crowe and Lucy Liu—tells the epic story of warriors, assassins and a lone outsider hero who all descend on one fabled village in China for a winner-takes-all battle for a fortune in gold. The film is in theaters now.