For Your GRAMMY® Consideration 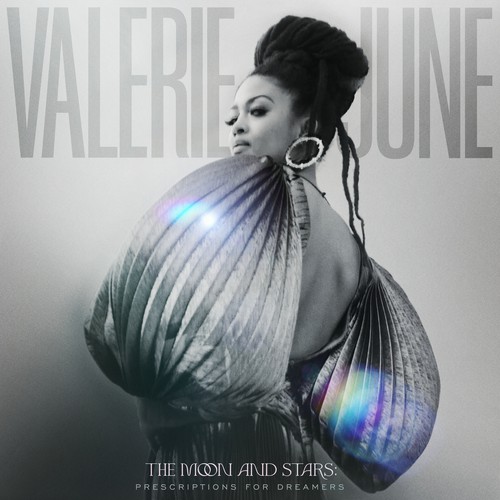 “The introspective, quietly hopeful album
sounds just right in 2021”
The New York Times
“A breathtaking record”
NPR
“Her every quiver bespeaks emotional honesty”
The New Yorker
“A stunning song cycle of redemption and reclamation”
Rolling Stone ★★★★
“Dylan touted Tennessean conjures up
a country-soul fantasia”
MOJO ★★★★
“One of the albums of the year”
The Times (UK) ★★★★★ 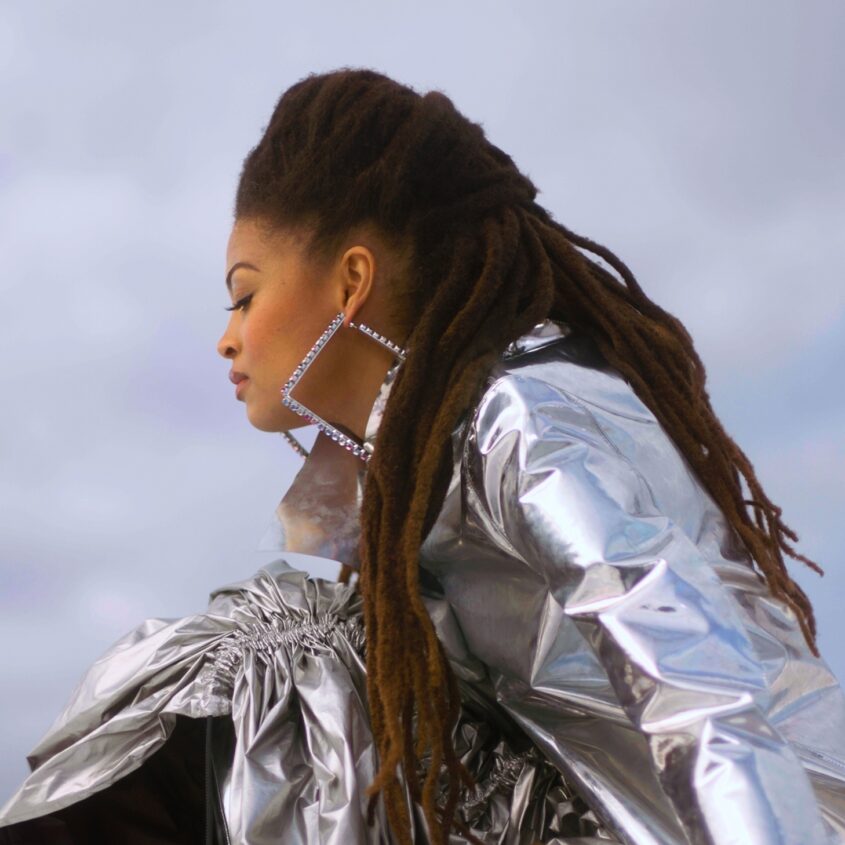 The latest full-length from Valerie June, The Moon and Stars: Prescriptions for Dreamers emerged from a long-awaited revelation on the part of the Tennessee-bred singer/songwriter. “With this record, it finally became clear why I have this dream of making music,” June says of her third album for Fantasy Records. “It’s not for earthly reasons of wanting to be awarded or to win anybody’s love—it’s because dreaming keeps me inquisitive and keeps me on that path of learning what I have to share with the world. I think when we allow ourselves to dream like we did when we were kids, it ignites the light that we all have within us, and helps us to have a sort of magic about the way we live.”

The follow-up to her widely adored The Order of Time—a 2017 effort that earned the admiration of Bob Dylan and landed on best-of-the-year lists from the likes of the New York Times—The Moon and Stars is a potent catalyst for that kind of magic. With her spellbinding vocals and infectious sense of wonder, June gently eases the listener into a far more charmed state of mind, one that quickly restores a powerful feeling of joyful possibility. Produced by June and Jack Splash (Kendrick Lamar, Alicia Keys, John Legend), The Moon and Stars: Prescriptions for Dreamers achieves that effect thanks in no small part to its exquisitely composed tapestry of folk, soul, gospel, country, blues, psychedelia, and symphonic pop. In bringing the album to life, June and Splash worked with an eclectic lineup of esteemed musicians, absorbing themselves in free-flowing experimentation and playing with a magnificently vast sonic palette. But while the shapeshifting textures of The Moon and Stars: Prescriptions for Dreamers prove infinitely mesmerizing; the album’s most enchanting element is June’s vocal presence: the extraordinary sound of someone pouring her whole heart into every note. [More]