Darryl “DMC” McDaniels had to win the approval of the group’s manager to secure his spot, the Rock and Roll Hall of fame inductee told Yahoo Music Wednesday on the eve of the 30th anniversary of Run-DMC’s self-titled debut album.

DMC’s revelation is surprising, considering the group’s massive success. Along with Joseph “Run” Simmons and their late DJ, Jason “Jam Master Jay” Mizell, Run-DMC’s self-titled debut album broke a number of records. It is the first rap album to be certified gold, receive a Grammy nomination, and land a video (“Rock Box”) on MTV.

According to DMC, Russell Simmons, the group’s manager and Run’s elder brother, didn’t think he had the chops to cut it as a rap star.

Run fought for him to be a part of the group, and before recording their first single, “It’s Like That,” Run informed DMC of the dilemma.

“Run said, ‘D, I’m going to put you in the group. Russell don’t want you in the group. He doesn’t like your voice. He don’t think you’re an MC, but I told him if he don’t put you in the group, I was going to hold my breath until I turned blue, and I damn near died last night, so Russell said, ‘OK, he could be in the group.'”
Despite Run’s support, DMC didn’t feel secure, saying that even though his vocals were on “It’s Like That,” Russell planned to have Run perform the song as a solo artist.

DMC definitely felt pressure in the studio the night they recorded the song. “The whole session, Russell was doing this, ‘Get out of the way. D, go sit in the lounge. You only here because Joey want you here.'”

Run was determined to prove his brother wrong. The night they recorded “Sucker MCs,” Run ignored Russell’s demands that DMC get out of the control room and pushed DMC to record a verse for the song. DMC, who was still in high school, was nervous about catching Russell’s wrath and upsetting his parents for staying out too late. He wanted to go home before recording, but Run told him to stick around.

“Joe laid his three verses. I’m sitting there, saying, ‘Yo, Joe. It’s late. I need to go home.’ Joe is telling me, ‘Wait. Wait.’ He said, ‘Now, you go in there a put a verse at the end of the record.’ I’m like, ‘Joe, Russell doesn’t want me in here.’ Joe said, ‘We got to prove to Russell that you’re a MC. He thinks you can write ’cause you’re smart and he loves checking you while you’re sitting there with your 40 [ounce bottle of beer]. D, just go in there and say a rhyme.'”

DMC’s rap verse for “Sucker MCs” turned out to be like winning the golden ticket that would forever change his life. 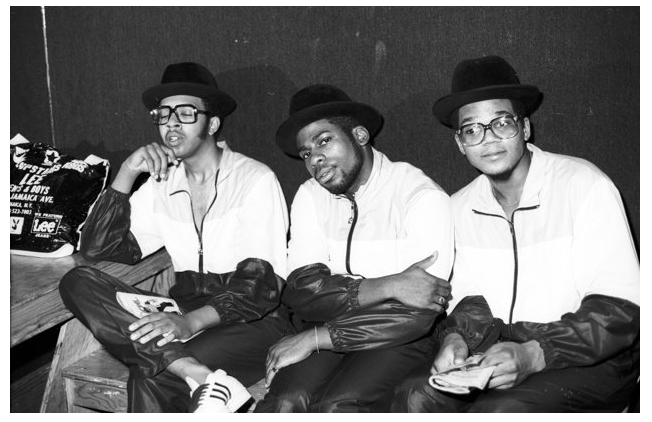 After recording his now famous verse, DMC said he solidified his position in the group. “When I walked out the booth, who’s the first person standing there, arms extended, kissing me and hugging me, and saying, ‘Oh my God, I had no idea?’ So, that’s how managers work. The whole session he’s avoiding me. ‘D, get out of here, you need to be home.’ When I kicked that rhyme, I’m telling you, for the rest of the night, Russell sat next to me with his arm around me, and everybody that entered the studio, Russell would go, ‘Go play the rhyme. Play D’s part.’

“And since that day up until the making of the first Run-DMC album when we had pitch meetings, everybody that would walk in the room at Rush Management, Russell would say, ‘D, come say the rhyme.’ From the end of ’82 to the making of the first album, I was Russell’s demo. But before I made that rhyme, Russell didn’t want to hear from me. He thought DMC, the Catholic school kid with the straight A’s didn’t have the personality to be an MC, but I changed all that with ‘Sucker MCs.'”

Today, DMC is working on a rap rock album that is a continuation of the style of Run-DMC’s rock-fused songs “Rock Box,” “King of Rock,” “Walk This Way,” “Mary Mary,” and “It’s Tricky.” He’s released two tracks, “Attention Please” and “Noise Revolution,” and is working with the likes of Sebastian Bach from Skid Row and Mick Mars of Mötley Crüe. Additionally, he is prepping the release of his graphic novel venture, Darryl Makes Comics.